Home » Blog » Here’s What Goes Into Making A Canape – The Culinary Soul Of Your Parties!

Whoever says the food is just about satiating the taste-buds? Ask someone who makes canapes, for instance, and you’ll understand what we mean! Assembling three totally different layers of ingredients into one bite-sized dish is not a piece of ‘canape’.

So, what’s the secret to preparing a perfect canape that not only satisfies the taste-buds but also gratifies the visual and olfactory senses? Let’s break down the four different layers that comprise a canape, and what an ideal canape catering at Melbourne should offer you: 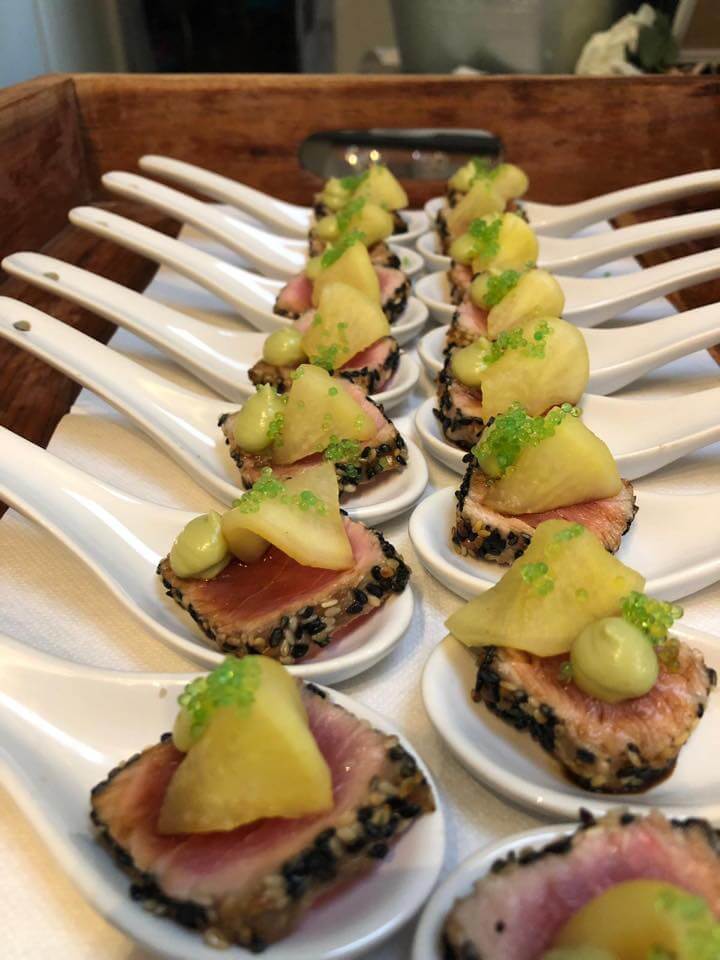 Ensure that the canape menu provided by your prospect canape catering service contains options for persons with dietary restrictions and a section reserved for vegetarian delights. Lastly, a complementary tangy sauce is the perfect icing to your canape!

We had our Christmas party at our offices with catering from Big Flavours. They brought a BBQ and cooked up a feast! A fantastic experience. Food was awesome and service amazing. Would highly recommend
- Tim Washington

All the finger-food canapes were delicious. My guests particularly enjoyed the substantial serves of Wild Mushroom Risotto, and the Braised Lamb Shanks with mash. Sara responded to all my questions promptly. The food was delivered at the agreed time and was professionally presented. I can highly recommend this catering company.
- Jacqui Cooper

I used Big flavours catering for our wedding anniversary and found the whole process from the first contact to end function to be fabulous. The food was fresh, full of 'flavour' and there was ample choice of menu dishes. I am a happy customer and our friends were most complementary of the food and services.
- Janette McMillan

What a fantastic experience! Great company to deal with.. the chef and food was just amazing and a seamless stress free experience. Will definitely be using these guys again!!
- Kate Guardiano

Lovely food and great service, would use again!
- Annalies Engwerda

We had 60 people and the Chef was efficient and the meal was attractive and well presented. They scoffed it all down. Wonderful!
- Sue Pacey

We were absolutely blown away by how efficient and helpful your staff were. They were prompt, friendly, flexible and went above and beyond to help make our function amazing. The food was delicious and every single guest was absolutely thrilled. Thanks so much for covering our function.
- Elke Calleja